September and October has been quite a busy time with work trips and holidays getting in the way of working on the Ultima.

Similar to all my other interior panels, I had to put in hard work to do the sill covers in CF.

I also decided that I would cover the inside of the front and rear canopy in CF.

I purchased a power cutoff switch from ATS motorsport. I decided to mount the cutoff on the inside passenger panel.

With the last order from Ultima, I also included the additional break light switch that fits on the brake pedal so that the rear pressure switch can be used solely for the Chevy ECU.

I covered the cockpit floor panel with carpet after measuring out and drilling the mounting holes for the 6-point harness. I also installed the rubber grommets for the handbrake and gear linkage cables in the rear bulkhead.

I installed the 6-point harness and tested the fitment with the bucket seats.

Due to the Ultima not having a rear windows, I decided to order an Android-based read-view mirror-camera. I order a Junsun PVR-camera with a built-in GPS, 3G modem and front/rear camera with SD-Card recording. I had to design a mounting bracket in order to fit the mirror, and used the 3-D printer to print a prototype bracket for testing. 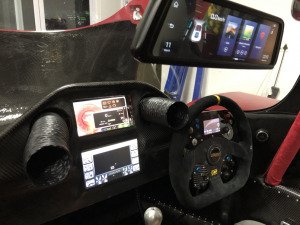 Before mounting the engine for the 1st time, I tidied up the handbrake cables and gear selector cables and secured them with P-Clips along the side of the frame braces as per the Ultima build manual. 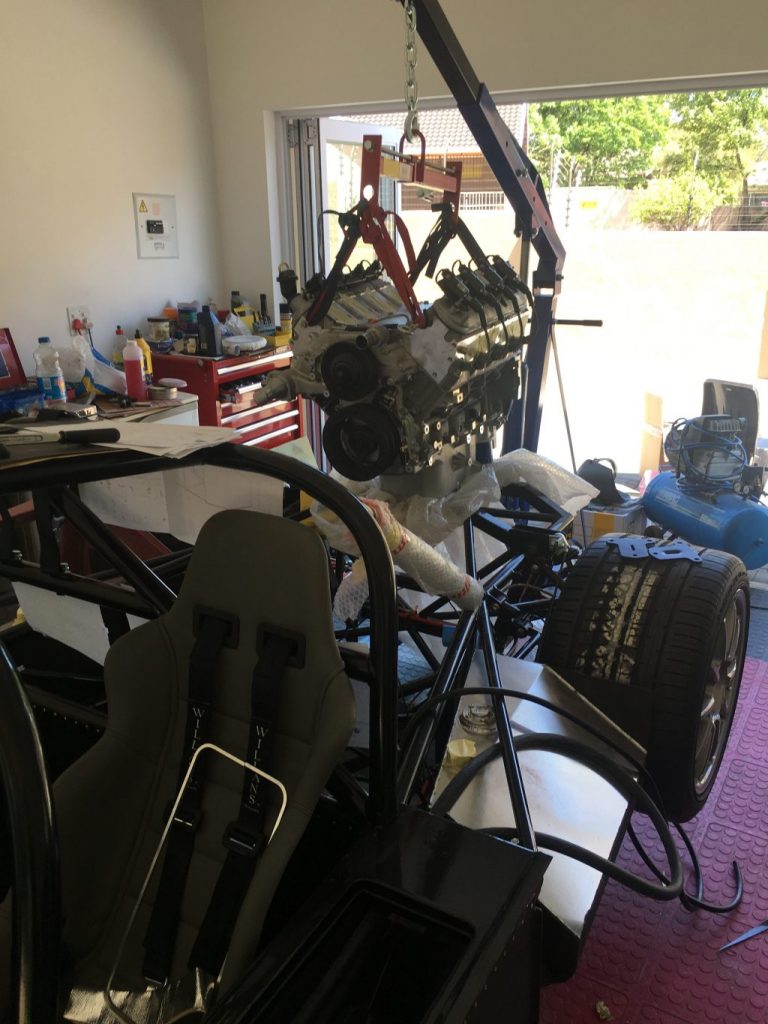 As long as you have a proper engine hoist, fitting the engine is a one person job. The standard engine mountings from the factory is designed for an old-style steel Chevy block, so I had to order a separate mounting plate to adapt this for the LS3 motor. I order this mount, together with the CTS-V front drive kit which includes the alternator, pulleys, air conditioning compressor and power steering pump. The power steering pump won’t be used, however the CTS-V kit was more cost effective than ordering all the mounting brackets, pulleys, bolts and components separately.